Solving Smith, the PP, and a shift in momentum: Three takeaways from the Jets’ game three win 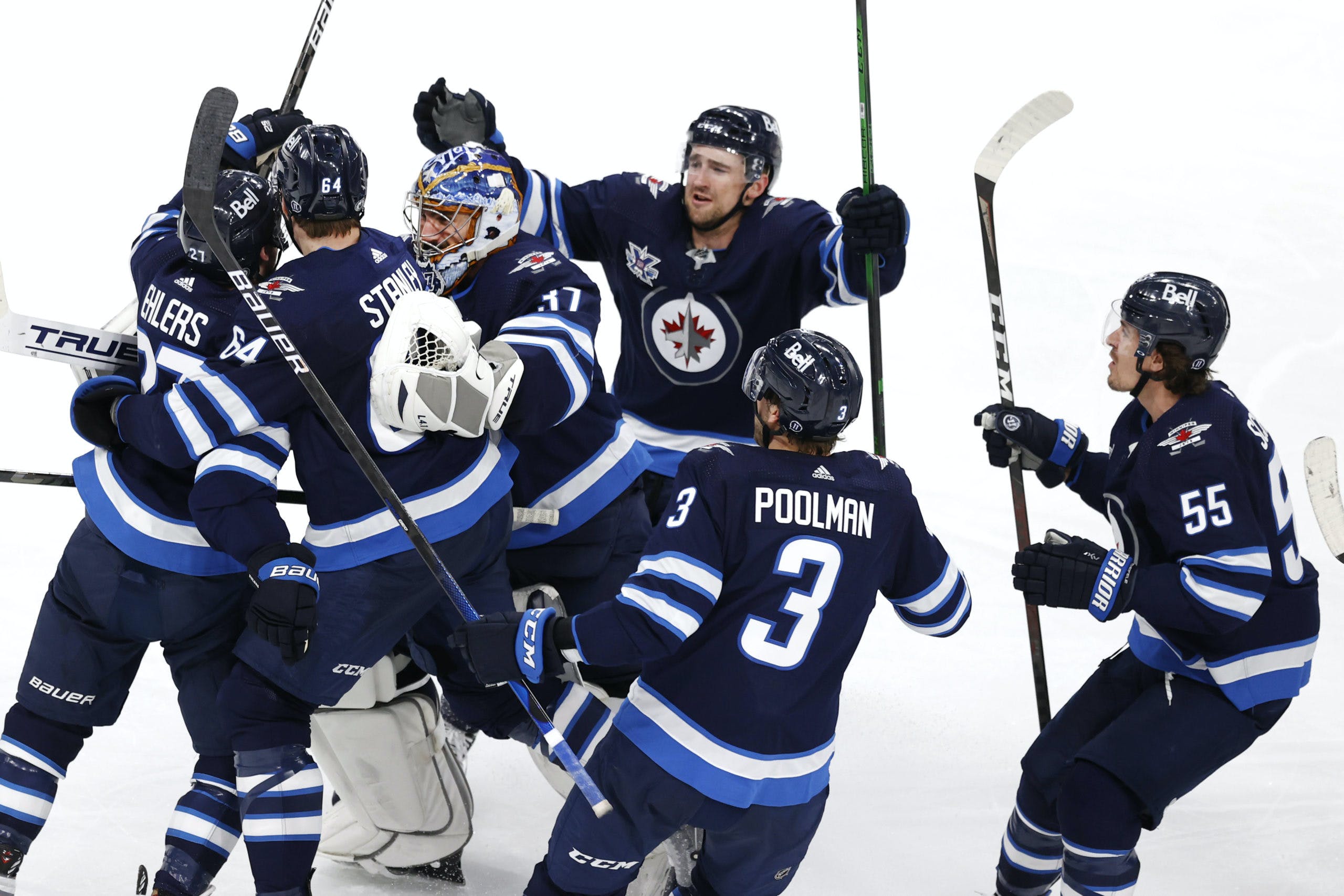 By David Quadrelli
1 year ago
Back at home for the first of back-to-backs, the Winnipeg Jets stormed back to beat the Edmonton Oilers tonight by a final score of 5-4.
Here are three takeaways from tonight’s game.

Mike Smith is a good goaltender, but like most, he has flaws.
Smith’s biggest weakness has been on full display in this series, and the Jets took advantage of it again tonight.
That big weakness? Tracking pucks through traffic.
Whether it’s his own defencemen or Jets’ forwards in front of him, the way to solve Smith has been by getting bodies in front of him or making him lose his crease.
He was solid tonight, and the Oilers will need him to be solid again tomorrow if they have any hope of avoiding the sweep.
The Jets need to make life as hard as possible on Smith and capitalize on him potentially being tired.

Winning the special teams battle is important in any hockey game, but when a team is up against the Edmonton Oilers, it becomes even more important. It’s no secret that Edmonton’s power play personnel makes them absolutely lethal with the man advantage.
Tomorrow, and for the rest of the series, the Jets will need to get back to be as disciplined as they were in game one, when they took just one penalty.
Additionally, the Jets need to take advantage of every power play opportunity they’re given. They managed to storm back tonight after Mathieu Perreault jammed one home with eight minutes remaining and started the miraculous comeback.
The importance of coming through on the man advantage and killing off opposing power plays cannot be stressed enough.
The Jets won the special teams battle last night, and it won them the game.

3. Shutting down McDavid and Draisatl

The Jets put on a defensive clinic in games one and two, and managed to keep the two best players in the league at bay.
Tonight on the broadcast, a stat popped up that should have made Jets fans nervous.
It read:
“McDavid and Draisatl: Never held pointless in three straight games.”
Shortly after that graphic flashed, Leon Draisatl found the back of the net to open the scoring.
It was only a matter of time.
Then Draisatl scored again, this time on the power play. Oh, and McDavid picked up assists on both goals.
The Jets had to shore up their efforts again, as it seemed like all the momentum was in the Oilers’ favour. The Jets not only managed to keep the Oilers’ top two forwards at bay for the rest of the game — although McDavid picked up a secondary assist on Zack Kassian’s 3-1 goal — but built up some serious momentum to storm back and take over a game that they had no business winning.
It was a gutsy win for the Jets, and if it had gone the other way, the entire complexion of the series would be vastly different.
The Jets have a chance to punch their ticket to the second round tonight with another game at home. Puck drop is at 8:30 PM local time
Uncategorized
Recent articles from David Quadrelli