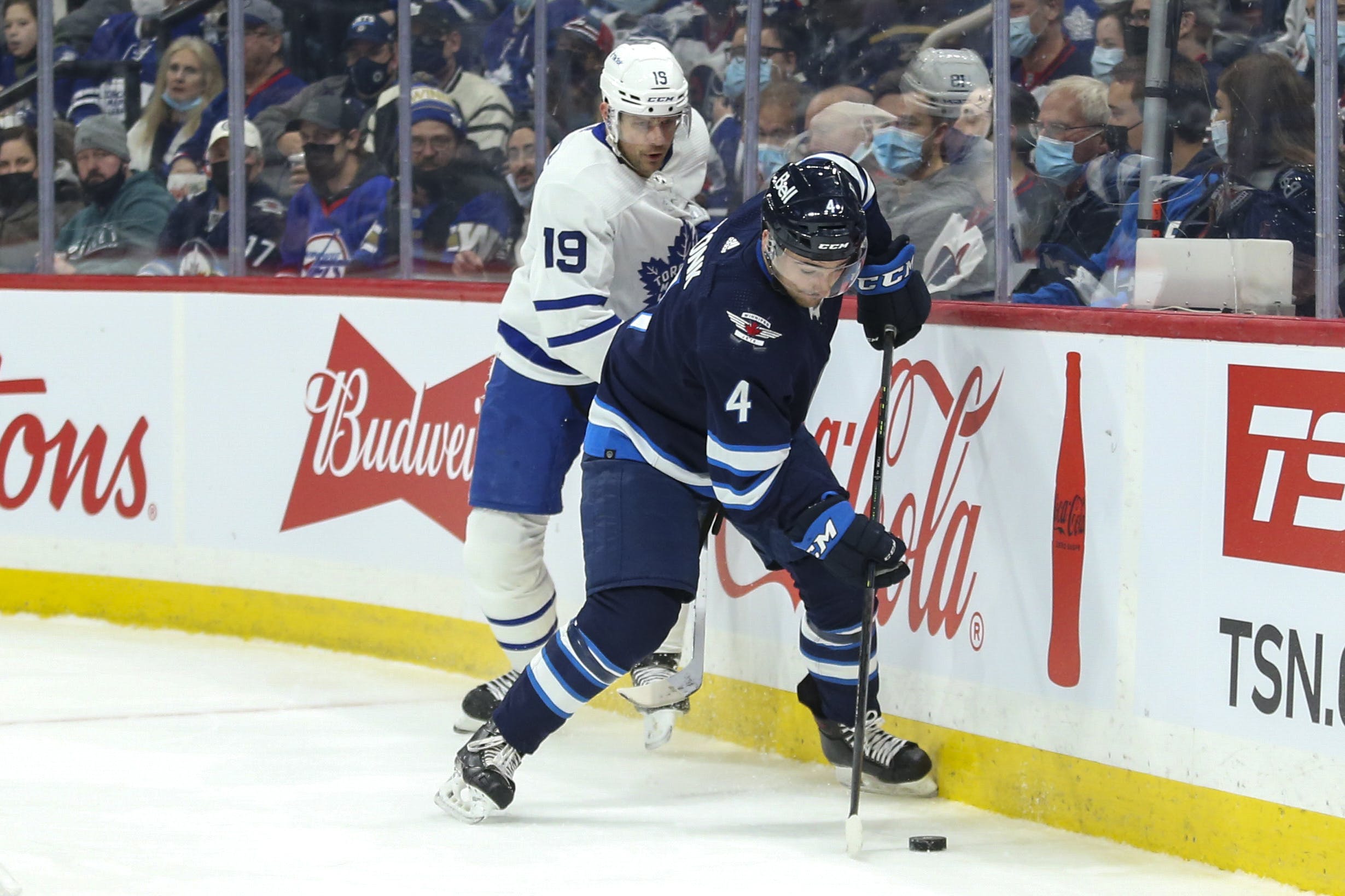 By Mike Gould
11 months ago
The Winnipeg Jets will be without defenceman @Neal Pionk for the next two games.
On Monday afternoon, the NHL Department of Player Safety announced it had suspended Pionk for two games as a result of an incident that occurred in the third period of Winnipeg’s game against the Toronto Maple Leafs on Sunday.
Immediately after Leafs defenceman @Rasmus Sandin fired a wrist shot toward Jets goaltender @Connor Hellebuyck, Pionk stuck out his knee and struck Sandin’s right leg. Sandin fell to the ice in pain and did not return to the game; according to Sportsnet’s Chris Johnston, Sandin is expected to miss roughly 2–3 weeks while recovering from his injury.
Pionk was not penalized on the play. Later in the third period, Leafs forward @Jason Spezza checked a falling Pionk in the head with his left knee; Spezza will have an in-person hearing with the NHL tomorrow to determine the consequences for this hit.
Winnipeg ultimately defeated Toronto on Sunday by a 6–3 score. While missing the Jets’ next two games, Pionk will forfeit US$58,750 in salary. The Jets will return to action, sans Pionk, against the Carolina Hurricanes on Nov. 7.
Uncategorized
Recent articles from Mike Gould