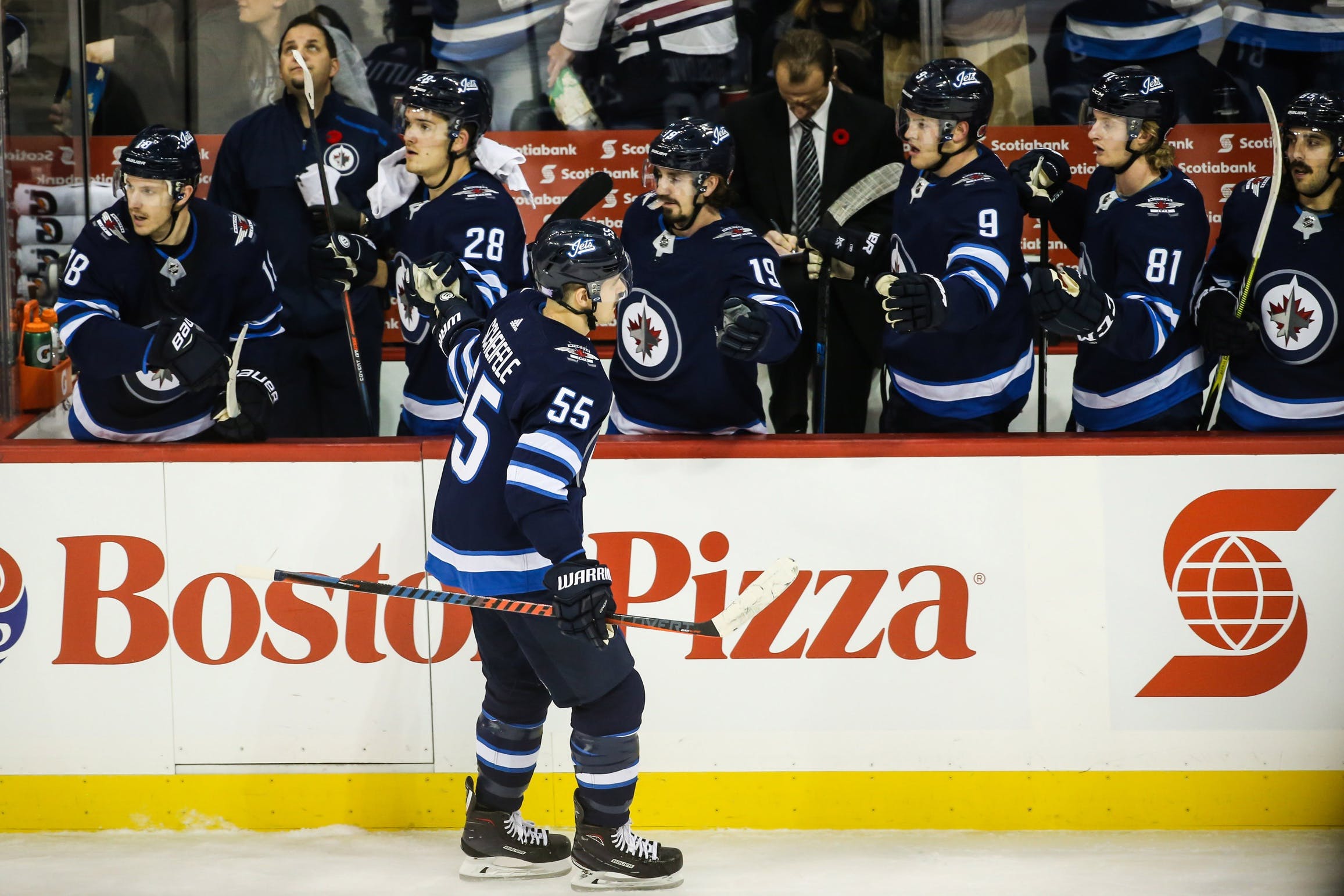 By Nation World HQ
1 year ago
by OddsShark (@OddsShark) – Sponsored Post
The Winnipeg Jets take a somewhat promising home-underdog trend into a North Division rematch where defence will be a major coaching point on both sides. The Jets are a slight -105 home underdog against the -115 away favourite Edmonton Oilers with a 6.5-goal total on the NHL odds for Tuesday at sportsbooks monitored by OddsShark.com.
The teams are 3-3 in their last six meetings at Winnipeg, with the OVER hitting five times at online betting sites. The Jets are 4-2 in their last six games as a home underdog, with three games going OVER. The Oilers are 3-5 in their last eight road games where they closed as the moneyline favourite; totals-wise, four of those games went OVER while an additional three finished in a push.

Edmonton defeated Winnipeg 4-3 on Sunday on the margin of a goal from Leon Draisaitl with less than one second to play in the third period. Both teams had season-worst defensive showings in terms of high-danger chances allowed, according to Natural Stat Trick.
The Oilers sport a 3-4-0 record as they continue to count on the 1-2 punch of Connor McDavid, who had three assists on Sunday, and the aforementioned Draisaitl to make the most of limited offensive-zone time. Backing Edmonton to win means counting on the Oilers to overcome their difficulty with controlling five-on-five play when McDavid is off the ice.
The Oilers are 27th in the 31-team NHL in shot-attempt percentage (46.4 percent) and 18th in shots-for (48.9), but 10th in high-danger chances (54.6). The Oilers are 22nd in goals scored (2.71 per game) and 21st in goals against (3.29). Their power play ranks 25th (11.5 percent) and their penalty kill unit ranks 22nd (75.0).
Mikko Koskinen, who is 3-4-0 with a 3.18 goals-against average and .907 save percentage, will be starting every game in goal for Edmonton as long as he is able, until Mike Smith’s projected early-February return from an undisclosed ailment. Koskinen has a 1-1-0 record with a 3.56 GAA and .905 save percentage in two career games against Winnipeg.
The Jets are 4-2-0 as they embark on their second game since trading Patrik Laine to the Columbus Blue Jackets on January 23 in exchange for center Pierre-Luc Dubois, who has to be quarantined before he can join Winnipeg’s lineup. Center Mark Scheifele is on a four-game point streak, although the Jets have a sub-50-percent shots-for percentage when he is on the ice during five-on-five play. Linemates Paul Stastny and Nikolaj Ehlers are generating more on the attack, while depth forward Mathieu Perreault also has a favorable matchup against Edmonton
The Jets grade out better than Edmonton in the first two shot metrics, ranking 12th in shot attempts (51.2 percent) and 13th in shots for (50.9), but will need Connor Hellebuyck to compensate for their 20th-place ranking in high-danger chances percentage (47.2). The Jets are fifth in goals scored (3.67 per game) and 14th in goals against (2.83). Their power play ranks 18th (20.0) and the penalty kill unit ranks 19th (76.5).
Laurent Brossoit was in goal for Sunday’s defeat, which is a strong indication that Hellebuyck will start. Hellebuyck has a 3-1-0 record with a 2.25 GAA and .920 save percentage. In 13 career games against Edmonton, he is 7-5-1 with a 3.03 GAA and .902 save percentage.
Winnipeg is off for the next three days after Tuesday’s matchup before hosting the Vancouver Canucks on Saturday.
Check out OddsShark on Twitter and Instagram or head to YouTube for analysis on this week’s top games. As well, the OddsShark Computer serves up daily NHL picks for bettors.
Uncategorized
Recent articles from Nation World HQ