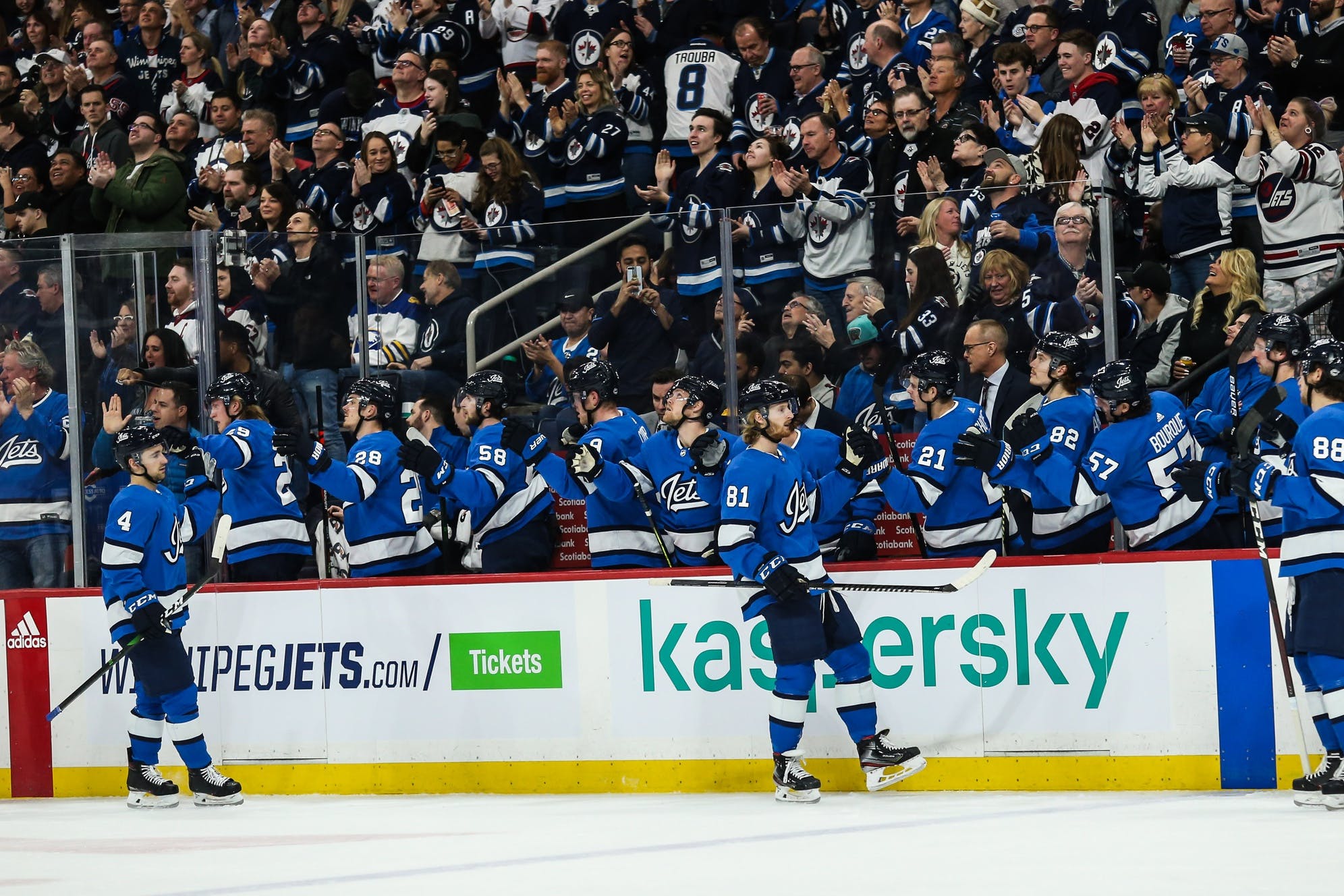 By Nation World HQ
1 year ago
by OddsShark (@OddsShark) – Sponsored Post
The Winnipeg Jets appear to have a favourable scheduling scenario entering a matchup where they have outperformed their statistical projections this season. The Jets are +120 underdogs and the Montreal Canadiens are -140 home favourites with a 5.5-goal total on the NHL odds for Thursday at sportsbooks monitored by OddsShark.com.
The Jets are 5-2 in their last seven games against Montreal, and the OVER has hit at sports betting sites in 13 of their last 17 matchups since the 2015-16 season. The Jets are 5-9 in their last 14 games as an away underdog of +110 to +140, with the total going UNDER eight times with two pushes. The Canadiens are 7-12 in their last 19 home games as a -125 to -155 favourite, with the total going UNDER 10 times. Montreal, which fell 3-2 against the Toronto Maple Leafs on Wednesday, is 6-7 in its last 13 games when it played the previous day, with the OVER hitting seven times.
Jets vs Canadiens | OddsShark Matchup Report
The Jets lead the season series 4-2, but the Canadiens have a 15-10 edge in five-on-five goals. Winnipeg is also on the short end of expected-goals percentage, or xGF% (46.8), as well as share of scoring-chances (44.8) and high-danger chances (44.6), per Natural Stat Trick. The Jets are five-for-16 on the power play and the Canadiens are three-for-10. (All advanced stats are based on score- and venue-adjusted five-on-five play.)
The Jets, who are 23-13-3, will have to adjust their top two lines and power play to cover for the absence of captain and right wing Blake Wheeler (suspected concussion). The Mark Scheifele-Kyle Connor-Nikolaj Ehlers line will stay intact, while a new Pierre-Luc Dubois-Paul Stastny-Andrew Copp line will be counted on to create offensive depth. Winnipeg has had two days off since its last outing, a 4-3 away win against the Ottawa Senators where it had a season-best 69.8 five-on-five xGF%. The Jets are 10-5-1 on the road this season when they have had at least one rest day. Their reliance on shooting talent and goaltending is always worrisome, but the Jets have the NHL’s fourth-best goals-for percentage (58.7) in the last 30 days.
Since March 9, Winnipeg is 20th in the 31-team NHL in xGF% (46.5), scoring-chance share (47.0) and high-danger chances share (45.5). In this time, the Jets are eighth in goals per game (3.07) and 10th in goals against (2.47). Their power play is second (30.0 percent) and their penalty killing ranks ninth (84.6).
Connor Hellebuyck, who is 18-10-3 with a 2.54 goals-against average and .918 save percentage, has allowed two or fewer goals in five of his last seven starts.
The Canadiens, who are 17-10-9, have lost three consecutive games while losing mainstays such as right wing Brendan Gallagher (thumb), defenseman Ben Chiarot (hand) and goalie Carey Price (lower body). Montreal nearly took Toronto to overtime on Wednesday, with veteran Corey Perry scoring two goals, but the Canadiens’ 36.9 xGF% was its fourth-lowest of the season. Montreal’s top-six forwards corps which is composed of  the Nick Suzuki-Perry-Josh Anderson and Eric Staal-Jonathan Drouin-Tyler Toffoli trios, faces another tough line matchup on Wednesday against the Scheifele and Dubois lines. Montreal, which is ninth in goals-for difference (55.8) over the last 30 days, might need a breakout night from depth scorers such as Tomas Tatar or Jesperi Kotkaniemi to win the day.
Montreal is fourth in xGF% (55.2), third in scoring-chance share (57.3) and sixth in high-danger chances share (54.5) over the last 30 days. The Canadiens are ninth in goals per game (3.00 per game) and 14th in goals against (2.58). Their power play ranks 18th (17.7 percent) and their penalty killing ranks 28th (73.3).
Jake Allen, who is 5-4-4 with a 2.30 GAA and .921 save percentage, might have to start for the second game in a row. Cayden Primeau, who is 11-3-0 with a 2.07 GAA and .911 save percentage for the AHL Laval Rocket, dressed as the backup on Wednesday.
Check out OddsShark on Twitter and Instagram or head to YouTube for analysis on this week’s top games. As well, the OddsShark Computer serves up daily NHL picks for bettors.
Uncategorized
Recent articles from Nation World HQ