Jets should consider hiring Jay Woodcroft as next HC this summer 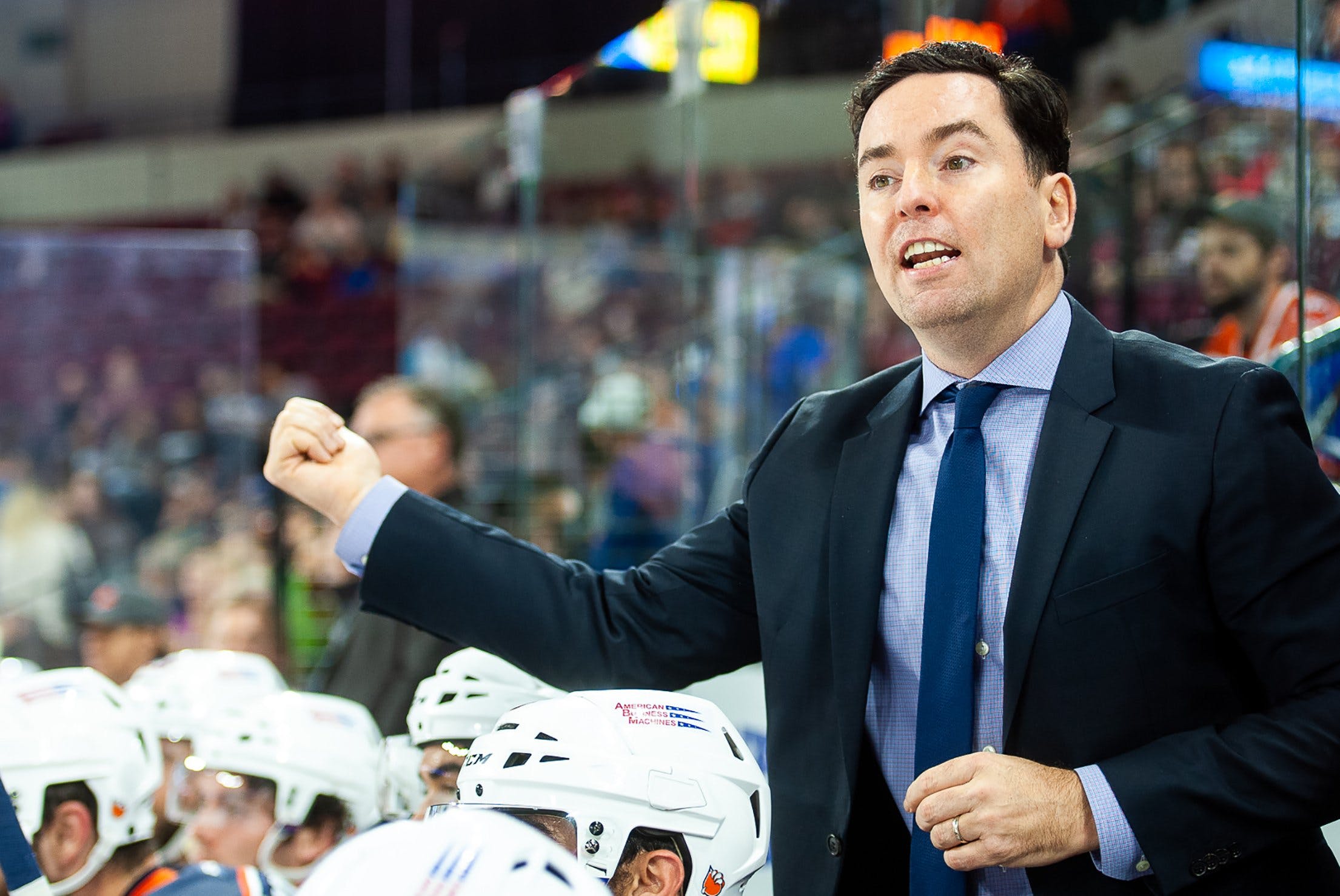 By Brennan Delaney
9 months ago
Does the name Jay Woodcroft ring any bells? As a player, he played for CJHL teams in the early 90s, spent four seasons with the University of Alabama-Huntsville in the late 90s, and played professionally for some now-defunct leagues in the early 2000s.
So what does the name “Jay Woodcroft” have to do with the Winnipeg Jets?

Since Paul Maurice stepped down on Dec.17, 2021, the Jets have been free-falling – without parachutes. The Jets started well under interim coach Dave Lowry, starting 4-2 in their first six games. However, they’re currently in the midst of a six-game losing streak, bringing Lowry’s record to 4-6-2.
That isn’t to say that Lowry’s tenure hasn’t provided some positives. Noted in this article, the Jets penalty kill was the second-worst in the league, however, the Jets have moved up to the fourth-worst penalty kill since then. In fact, they have killed off 80.64 per cent of penalties since Lowry took over.
Also, Winnipeg has quite a few built-in excuses for this poor form. They played all but two games on the road in January, as well as, COVID-related issues and injuries to key players such as @Blake Wheeler and @Nikolaj Ehlers. It’s too soon to tell whether or not this is the real Jets, but they’re slipping ever so further away from a wild-card position.
The Jets are currently five points out of a playoff spot with five teams to jump ahead. Due to Canada’s COVID-19 restrictions and postponements, the amount of games played differentiates drastically between each team. For example, Winnipeg has played 40 games, but San Jose and Vancouver have played 43, whereas Edmonton and Calgary have played 39. Going off points percentage, this club sits four positions out of a playoff spot.
It’s fair to assume if the Jets miss out on the playoffs, they’ll be looking for new candidates for a vacant head coaching job, queue Woodcroft.

After retiring as a player in 2005, Woodcroft became the video coach for the Detroit Red Wings. While he only stayed with the team for three years, the young coach won a Stanley Cup ring with the team in 2007-08. He was hired by Todd McLellan as an assistant coach for the San Jose Sharks in 2008-09, a role which he stayed in for seven seasons. McLellan, along with Woodcroft and other coaches, were dismissed at the end of the 2014-15 season.
McLellan was hired by the Oilers and brought Woodcroft along. McLellan only lasted three seasons with the Edmonton Oilers before he along with his coaching staff was dismissed – except for Woodcroft. On Apr. 27, 2018, it was announced that McLellan and several assistant coaches were let go, however, Woodcroft became the head coach of the Bakersfield Condors – Edmonton’s American Hockey League affiliate.

Woodcroft has been the head bench boss of the Condors for the past four seasons. His record in 193 games is 102-71-20, meaning his team has gotten at least a point in 63.21 per cent of those games.
One thing that’s noticeable with the Condors is the lack of highly touted prospects on the roster. The Oilers have had five first-round picks since 2016, but they’ve only combined for 145 games during Woodcroft’s spell as head coach. Woodcroft is a coach that gets the best out of his players, despite their lack of perceived skill.
Woodcroft and his coaching staff have done a tremendous job at developing players, especially defencemen taken in the later rounds. For example, Vincent Desharnais. The hulking 6’7′ right-hander was picked in the seventh round in 2016. While it’s possible he may never play in an NHL game, he’s become a key contributor to the farm team. The defensive defenceman has scored four goals and added eight assists in his 29 games played.
Further examples can be found with late-round picks such as Philip Kemp, Dimitri Samorukov, @Ethan Bear, @Caleb Jones and Michael Kesselring. It’s safe to say that under the tutelage of Woodcroft, players develop very well.

Lastly, we come to his personality. In recent years, we’ve seen a move away from “tough love” coaching, just look at the unhappiness that John Tortorella caused former Jets player, @Patrik Laine. While it may work for some individuals, a coach has to adapt to each player on an individual basis.
Here’s a post-game interview that really demonstrates his approach to coaching:

At the end of the 2021-22 season, Woodcroft will become a free agent. While Tippett’s contract expires at the same time, Oilers’ beat reporter Ryan Rishaug speculates that Woodcroft may end up coaching another team next season.
With the Jets in need of a new voice, Woodcroft could be the perfect candidate that brings them over the top.
More from Jets Nation:
Uncategorized
Recent articles from Brennan Delaney