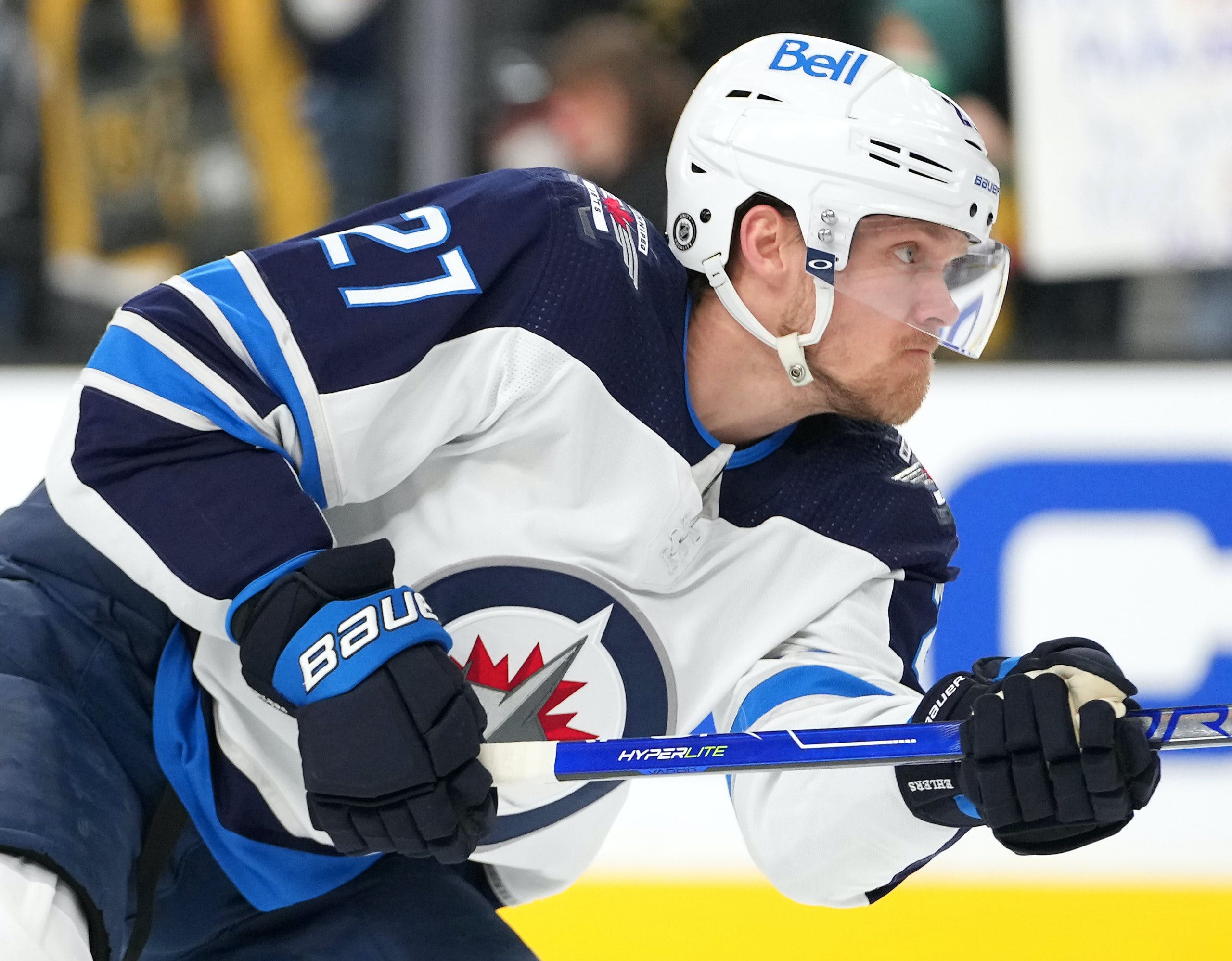 By Colton Davies
6 months ago
The Danish King, @Nikolaj Ehlers, enjoyed a productive 2021-22 season despite dealing with a handful of issues that kept him out of the lineup – including an MCL sprain that sidelined him for 19 games.
He was on pace to smash his career-high totals from 2016-17, when he registered 64 points (25 goals, 39 assists) in 82 games. This season, he recorded 55 points (28 goals, 27 assists) in just 62 games and for the sixth consecutive season, he registered 20-plus goals. He was just one goal away from surpassing his career-high of 29 goals and considering he went on a ferocious tear at the end of the season, recording nine points in 10 games, everyone was rooting for him to reach that mark.
Even if Ehlers had stayed healthy this season, who knows how high his scoring totals could’ve reached. He situated himself fifth on the Jets’ leaderboard in total points.
According to Natural Stat Trick, Ehlers posted a 1.028 PDO, a 54.24 per cent Corsi For Percentage, a 54.31 per cent Fenwick For Percentage and a 52.73 per cent Expected Goals For Percentage at 5-on-5. Also, his individual-points percentage (IPP) was 70.91 per cent.
Speaking of which, Ehlers trailed just @Kyle Connor for most points per minute at 5-on-5. Considering he sat behind Connor, @Mark Schiefele and @Blake Wheeler in average ice-time, that’s a pretty good statistic.
One thing is certain, Ehlers is worthy of a promotion to the first line. He was mostly utilized on a line this past season with Scheifele and @Paul Stastny. The trio scored 13 goals and a 54.7 per cent CF Percentage through 132:25 minutes of ice-time. But the other line combination that seemed to work for the Jets was that of Ehlers, Connor and @Pierre-Luc Dubois. Together, they recorded 10 goals and a 53.8 per cent CF Percentage in just 80:06 minutes of ice-time.
Once again, it’s evident that Ehlers could use a boost in ice-time. He’s one of the biggest drivers for Winnipeg. Another statistic to take a gander at is his shots-on-goal rate, which puts him ahead of players like @Auston Matthews, @David Pastrnak and @Nathan MacKinnon, all of whom are superstar calibre players who have surpassed the 100-point mark in their careers. This type of upward trend from Ehlers should be taken advantage of, if so, he should return to the 80-point mark in no time.
Given Ehlers features a $6.0 million cap hit that remains for another three years, he isn’t going anywhere, either. What’s interesting is that the Jets pay him so much, but play him less than he deserves, and I really think that’s going to change when a new head coach walks into Canada Life Centre. He’s a gifted forward and while the Jets’ older core is headed in a different direction, Ehlers could benefit greatly from some change.
With a new coach, Ehlers has the ability to capture the ice-time he rightfully deserves, Paul Maurice and previous coaching staffs were gatekeeping him from becoming a potential superstar. While he still has a few hills to climb before reaching that type of status, he’s well on his way to emerging into one of the club’s best players.

Overall, Ehlers had a good season with what he had to work with, injuries, coaching changes, and losing @Andrew Copp all played huge factors. Losing Copp deteriorated the Jets’ second-line point production, but Ehlers has proved he’s capable of leading the charge.
Should he be given more ice-time next season, the sky’s the limit for a skater that could see himself on the verge of posting 100 points.