It’s time for the Jets to let Nikolaj Ehlers loose 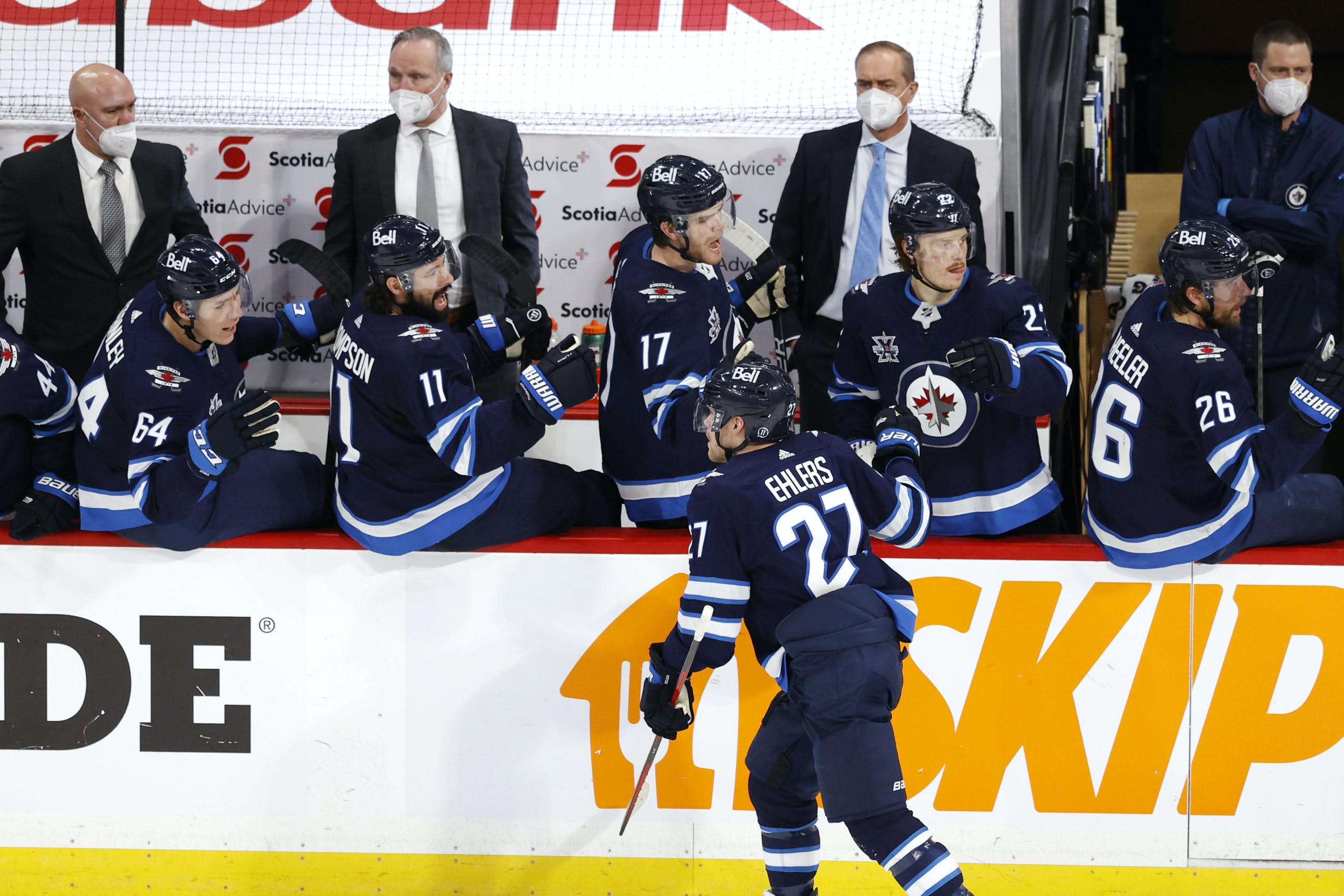 By Matthew Coyte
1 year ago
There aren’t a lot of players in the National Hockey League that put you on the edge of your seat the moment they step on the ice.
The Winnipeg Jets are blessed with one of the strongest top-six in the league. @Mark Scheifele and @Kyle Connor are bona fide elite players. The Jets are hoping that @Pierre-Luc Dubois will take the next step and emerge as their next franchise center. @Blake Wheeler, despite his defensive issues, is still a strong offensive player who adds physicality to the top line.
Yet even with this impressive cohort of forwards, there might not be a more dynamic player on the Jets’ roster than 25-year-old, @Nikolaj Ehlers.
His speed, skill and high-tempo style make him one of the most exciting players in the league. He’s also an analytical darling. Which begs the question of why the Jets seem to be so reluctant to give him a larger role in the team’s offence.
If the Jets are going to push for a playoff spot in the Central Division, they need to let Ehlers loose and finally give him free reign on offence.
Ehlers’ resume at this point speaks for itself. His 46 points in 47 games were good for third on the team last season, despite missing nine games. According to Dom Luszczyszyn of The Athletic, the only other two forwards in the NHL – @Nathan MacKinnon and @Connor McDavid – had a higher shot contribution rate (shots plus shots assists) than Ehlers’ 29.2 per 60 minutes.
That production is even more impressive when you take a look at his power-play time and overall ice time.
A top forward in the NHL should average around 18-20 minutes a night. Ehlers somehow managed to average less than 17 (16:55 to be exact). He played less per game than @Andrew Copp and @Paul Stastny. That’s lower than @Auston Matthews’ ice time under Mike Babcock. Even with Connor and Scheifele consuming significant ice time, the Jets need to find a way to keep Ehlers on the ice. This brings us to the next point.
Even with a power-play spot opening up following the @Patrik Laine trade, the Jets opted to leave Ehlers on the second power-play unit last season, where he averaged just 1:40 minutes of powerplay time per game. To compare, Stastny averaged 2:56 minutes.
Maybe this is the year the Jets finally give Ehlers some much-deserved, first-unit power-play time, but they’ve never seemed to like him there. In his six seasons with the Jets, he’s never averaged more than 2:37 minutes per game – that was back in 2016-17.
The Jets will always be in contention for a playoff run thanks to the goaltending of @Connor Hellebuyck. To capitalize on this window, they need to maximize their strengths, and Ehlers is maybe their biggest. Is last season’s shooting percentage of 14.2% sustainable? Maybe not. But in an extended role that includes more power-play time, Ehlers is primed for a breakout year that could very well end with him leading the team in points.
So when you have a player that can wow you with their skill, you let them loose. For the Jets, the only thing left to do afterwards is to reap the rewards.
Uncategorized
Recent articles from Matthew Coyte