Hellebuyck records 25th career shutout, first of 2021–22 with 25-save performance in Seattle 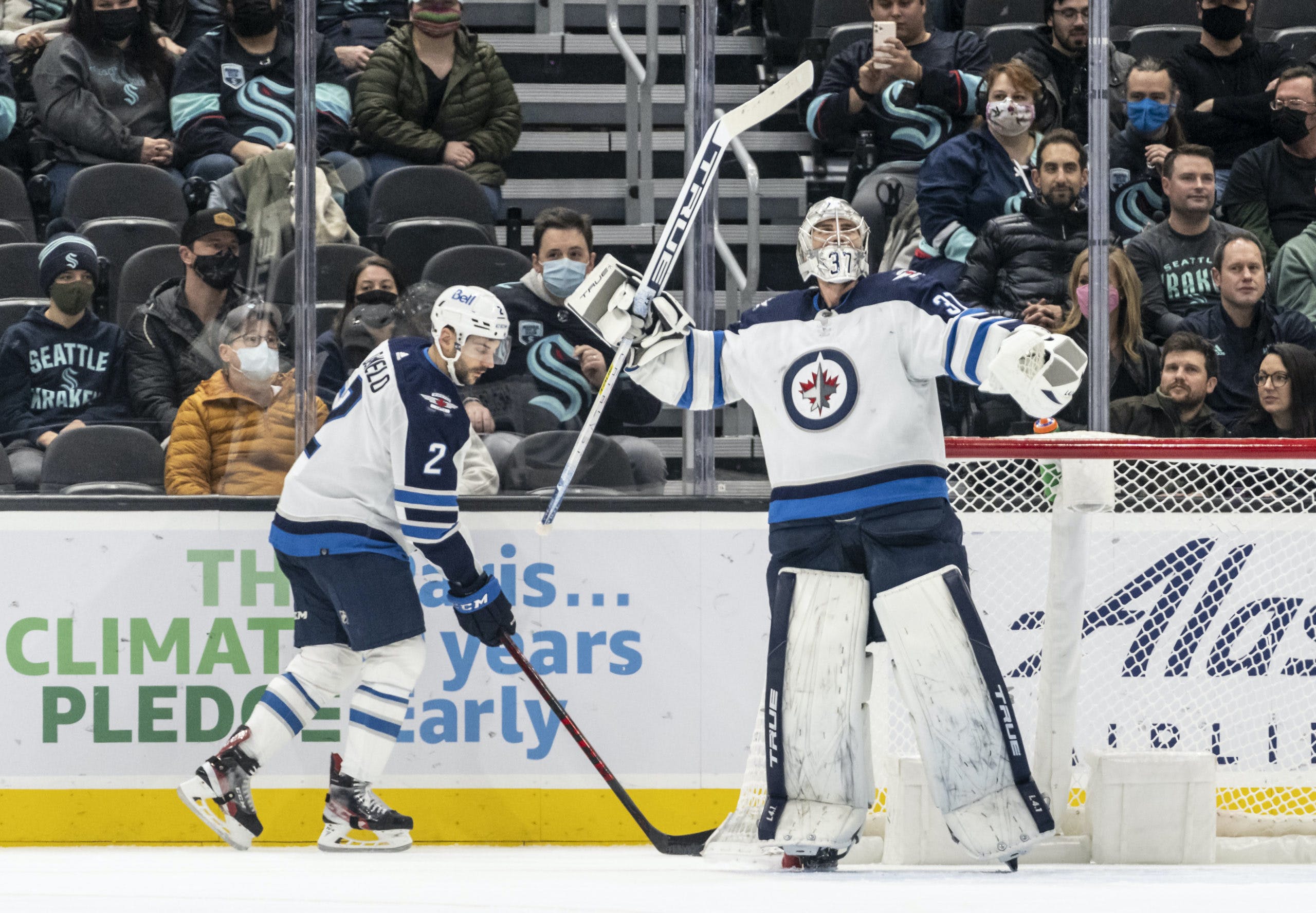 By Mike Gould
11 months ago
It took him 21 games, but Winnipeg Jets goaltender @Connor Hellebuyck has his first shutout of the 2021–22 season — and the 25th of his career.
The 28-year-old goaltender made 25 saves on Friday as his team defeated the Seattle Kraken by a 3–0 score. In addition to the shutout, Hellebuyck picked up his 10th victory of the season.
You can hear from Hellebuyck in the video below, posted to Twitter by the verified Winnipeg Jets account:
@Kyle Connor scored twice and @Dominic Toninato picked up the game-winning goal in the victory. Winnipeg now ranks fifth in the Central Division with a 13–9–4 record.
While it’s unclear whether Hellebuyck will be in net, Winnipeg will return to action on Friday to take on the Vancouver Canucks at 9:00 p.m. CT.
Uncategorized
Recent articles from Mike Gould