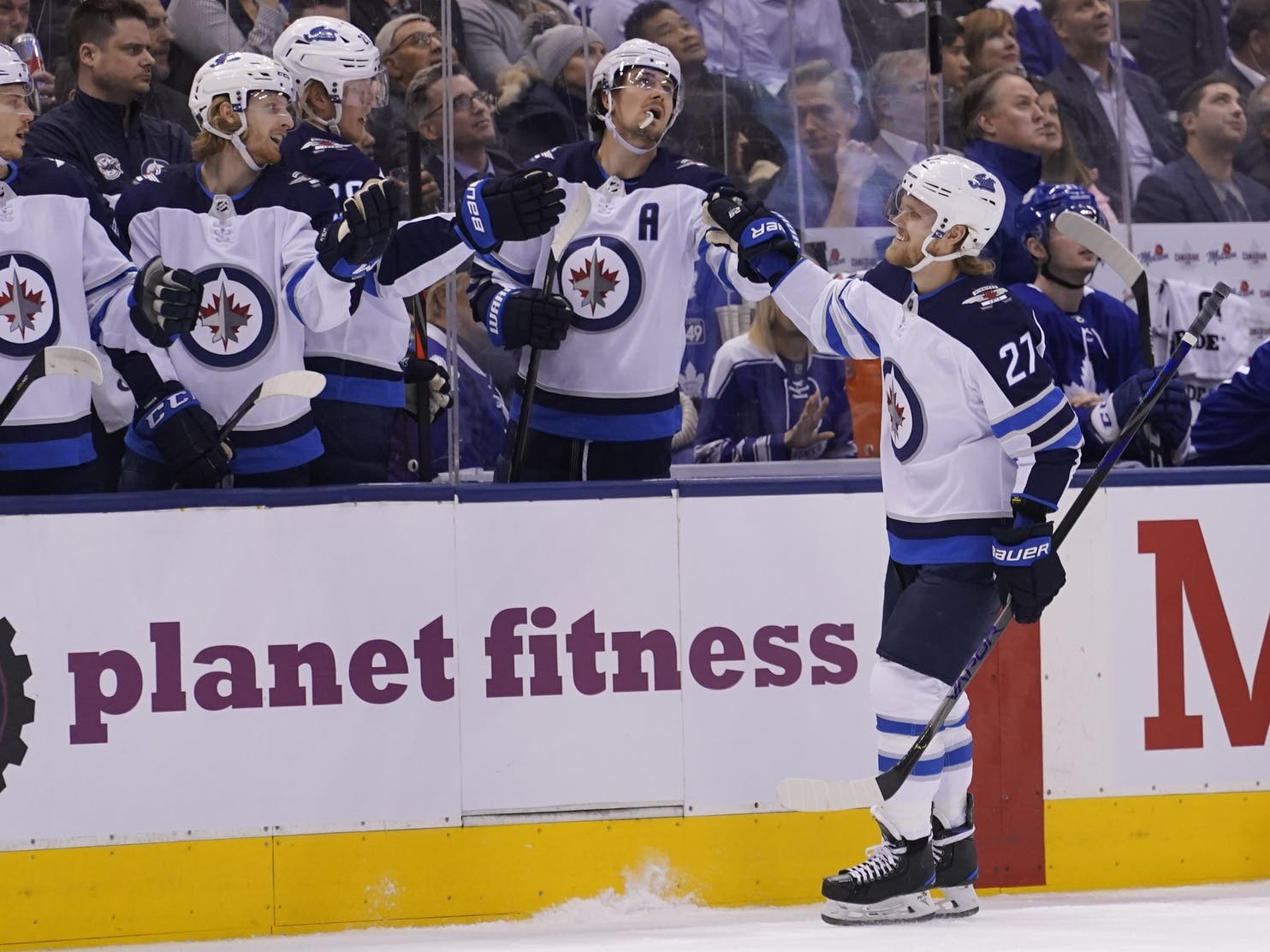 By Nation World HQ
1 year ago
by OddsShark (@OddsShark) – Sponsored Post
The Winnipeg Jets have their work cut out for them if they are to have a bounce-back win against a rival with a knack for playing the ideal road game. The Jets are +105 home underdogs and the Calgary Flames are -125 away favourites with a 6.0-goal total on the NHL odds for Monday at sportsbooks monitored by OddsShark.com.
The teams are dead even at 6-6 over their last 12 matchups, eight of which finished UNDER at sports betting sites. With the teams due to play another game at the Bell MTS Centre on Tuesday, it is worth noting that the Jets are 7-4 in their last 11 games when they are slated to play against the following day, and the total has only gone OVER once in the last eight games of that sample. The Flames are 3-6 in their last nine matchups when they were also playing the next day, but the total has gone OVER six times.
Flames vs Jets | OddsShark Matchup Report
The Jets are 4-2 in their last six games as an underdog at home, but the Flames are 9-4 in their last 13 games as an away favourite. Winnipeg is 3-7 in its last 10 matchups in the second game of a back-to-back, with the OVER hitting seven times. The Flames have the better “second night” split, with a 5-0 record in their last five such matchups. The total has also gone UNDER in nine of Calgary’s last 14 games when it played the previous day.
The Flames, at 3-3-1, moved to .500 with a 2-0 win against the Montreal Canadiens last Saturday that might have involved exceptional puck luck. Calgary had a season-worst 2.76 expected goals against in the five-on-five phase of the game, according to Natural Stat Trick.
Calgary will not win many style points, but they are hard to play against with three solid lines centered by Elias Lindholm, Sean Monahan and Michael Backland and a solid first defense pair of Rasmus Andersson and Mark Giordano. They have helped the Flames stand 11th in the 31-team NHL in their share of shot attempts (52.2), but they are 19th in shots-for (49.8) and 27st (44.9) in high-danger chances. The Flames are 18th in goals scored (2.83 per game) and seventh in goals against (2.43). Their power-play unit ranks eighth (29.4 percent) and the penalty killing unit ranks 12th (80.8).
Calgary goaltender Jacob Markstrom has a 3-2-1 record with a 2.18 goals-against average and .929 save percentage. Markstrom, however, has a 2-9-2 record with a 3.44 GAA and .891 save percentage in 13 career games against Winnipeg.
The Jets are 5-3-0, but are coming off arguably their poorest home-ice offensive effort of the season during a 4-1 defeat against the Vancouver Canucks last Saturday. Any team with a solid first two lines led by centers Mark Scheifele and Paul Stastny is capable of recovering its past form, and one potential promising sign defensively is that Winnipeg has cut down their number of dangerous scoring chances against them in their past two outings, even though they allowed a total of eight goals.
The Jets are 13th in the league in their share of shot attempts (51.9), 17th in shots-for (50.5), and 22nd (46.7) in high-danger chances. They are fourth in goals per game (3.63) and 24th in goals against (3.13), while they have the 16th-ranked power play (19.4 percent) and 26th-ranked penalty killing unit (72.7).
Winnipeg goaltender Connor Hellebuyck has a 4-2-0 record with a 2.67 GAA and .910 save percentage. In 10 career games against the Flames, Hellebuyck is 6-2-0 with a 2.08 GAA and .927 save percentage. The third game of the series on Thursday will wrap up the Jets’ week.
Check out OddsShark on Twitter and Instagram or head to YouTube for analysis on this week’s top games. As well, the OddsShark Computer serves up daily NHL picks for bettors.
Uncategorized
Recent articles from Nation World HQ