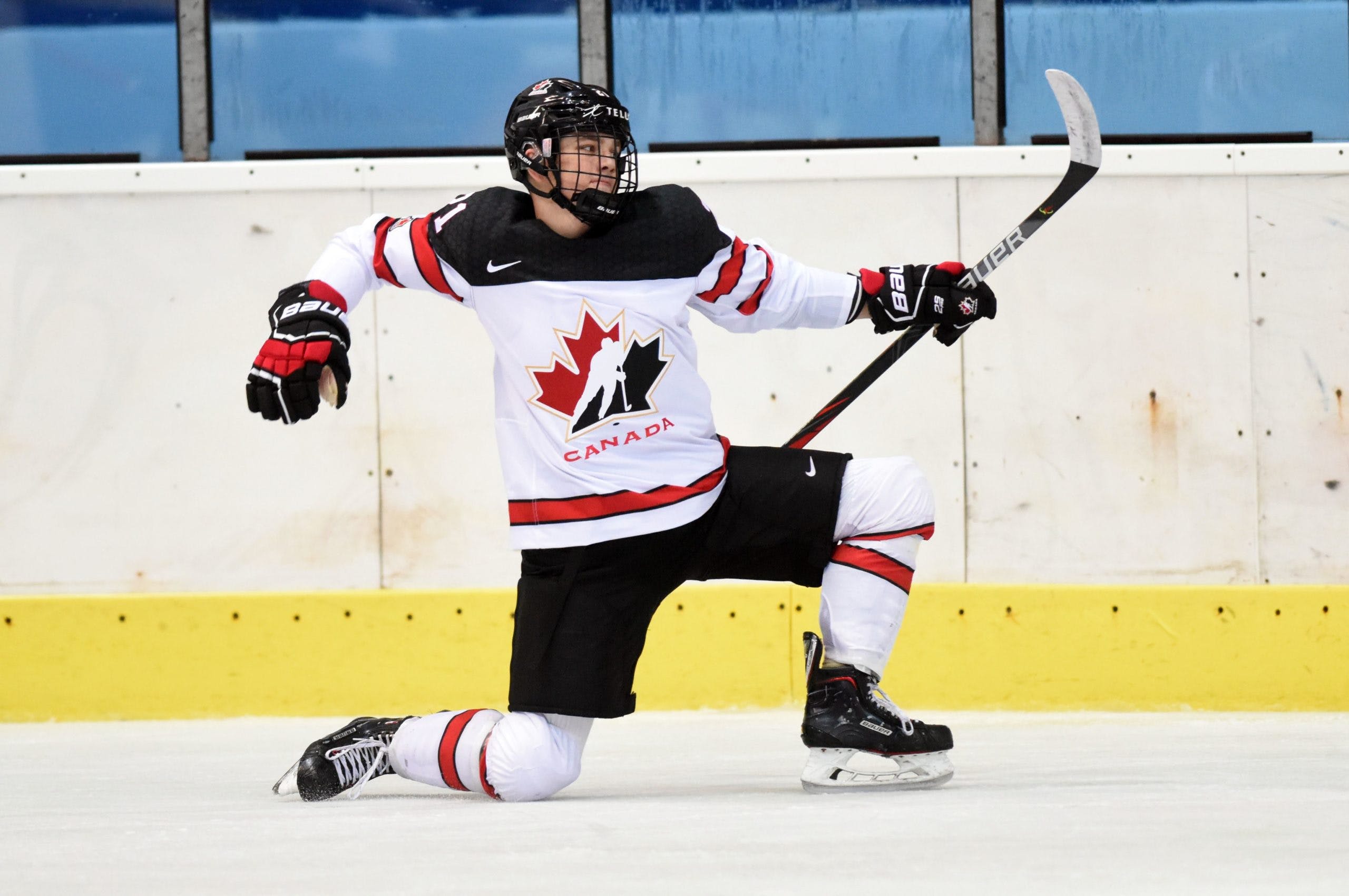 By Mike Gould
11 months ago
Winnipeg Jets prospect @Cole Perfetti looked like a man on a mission on Boxing Day.
The 19-year-old forward, who the Jets selected 10th overall in the 2020 NHL Draft, recorded three assists as Team Canada defeated Czechia by a 6–3 score on the opening day of the 2022 IIHF World Junior Championship.
In just one game, Perfetti managed to replicate half of his total scoring output total in seven contests at the 2021 tournament. Perfetti ranked sixth on a stacked Team Canada roster last year with six points (two goals, four assists).
Since his time in the Ontario Hockey League with the Saginaw Spirit, Perfetti has been renowned as a terrific playmaker with soft hands. He put all of his considerable talent on display in Canada’s opener on Sunday, setting up both the game-tying and game-winning goals before recording another helper on Owen Power’s hat-trick tally.
Perfetti’s most beautiful assist may have been his first. After taking a short feed from Connor Bedard in the neutral zone, Perfetti burst across the blue line and drew three defenders his way before lifting a backhand saucer pass right onto the tape of a wide-open Donovan Sebrango in the slot.
Sebrango, a Detroit Red Wings defence prospect, made no mistake.
Perfetti’s second helper of the night was no less impressive. As TSN commentator Ray Ferraro notes in the video below, Perfetti aptly switched places with Power right before he set up the go-ahead goal — with Power able to fire a cannonading one-timer from his new position.
With the ability to make passes like the one shown here, is it really a surprise that Perfetti already has 26 assists in his first 49 contests in the American Hockey League?
After having Monday off, Perfetti will return to action on Tuesday when Team Canada takes on Austria at 6:00 p.m. CT. Fellow Jets prospect Chaz Lucius will take the ice earlier in the afternoon (3:30 p.m. CT) when the puck drops between Teams USA and Switzerland.
Here are Canada’s projected forward lines for the game against Austria:
Cole Perfetti (WPG) – Mavrik Bourque (DAL) – Shane Wright (2022 eligible)
Kent Johnson (CBJ) – Mason McTavish (ANA) – Logan Stankoven (DAL)
Jake Neighbours (STL) – Ridly Greig (OTT) – Dylan Guenther (ARI)
Will Cuylle (NYR) – Elliot Desnoyers (PHI) – Connor Bedard (2023 eligible)
Justin Sourdif (FLA)
Jets prospects Nikita Chibrikov (Russia) and Daniel Torgersson (Sweden) will have Tuesday off after playing on both Sunday and Monday. Chibrikov has two assists in two games; Torgersson is still looking for his first point of the tournament.
Uncategorized
Recent articles from Mike Gould