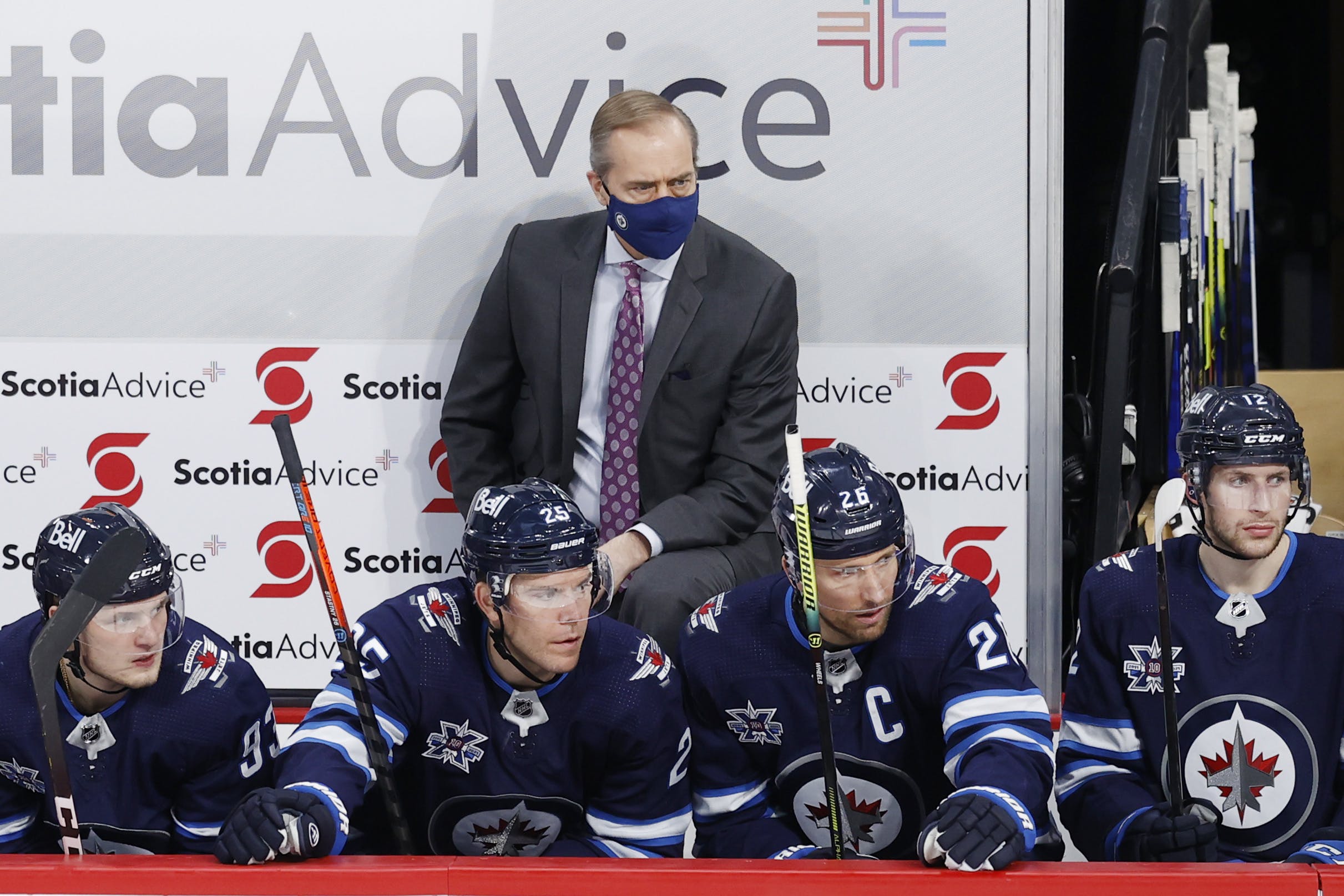 By Craig Jones
1 year ago
If it feels like you’ve been watching Paul Maurice coach forever, it’s probably because you have. After playing four years in Windsor, the former Philadelphia Flyers draft pick’s playing career was cut short after suffering an injury that left him with a permanent blind spot in his right eye. Maurice was then given an ultimatum by team owner Peter Karmanos: be traded, or become an assistant coach in Windsor. The Sault Ste. Marie native saw that the writing was on the wall for his playing career and made the pivot to jump behind-the-bench. And, as they say, the rest was history.
After paying his dues as an assistant coach for five seasons in the OHL, Maurice got his first head coaching gig with the Detroit Junior Red Wings in 1993. In his first season as head coach, Maurice nearly led his squad to an absolute dream season, earning the best record in the Emms Division. They then cruised through the playoffs, until they met the North Bay Centennials in the finals. In a thrilling seven-game series, Detroit came up short and suffered a devastating overtime loss.
Maurice didn’t let that heartbreak deter his squad’s ambition. Detroit bounced back the following season when they defeated the Sudbury Wolves to earn the J. Ross Robertson Cup and secured their spot in the 1995 Memorial Cup. Unfortunately, they were denied the double after getting routed by the Kamloops Blazers 8-2 in the Memorial Cup Final. The saving grace was that the NHL had their eye on the young head coach and the following season the Hartford Whalers offered Maurice a position as an assistant coach.
It only took one season as an assistant in the NHL for Maurice to get the tap to be the Whalers’ head coach. While the Whalers would miss the playoffs during Maurice’s first two seasons in charge, he maintained his position with the club when they made the move to Carolina. During his initial seven-year tenure there, Maurice led the Hurricanes to three playoff appearances, including their first-ever in the Stanley Cup. Unfortunately for the fans in Raleigh, they ran into a dominant Detroit Red Wings team that included the likes of Sergei Federov, Steve Yzerman, Brett Hull, and Nicklas Lidstrom. Maurice was let go two seasons later and, after a year in the AHL with the Toronto Marlies, he returned to the NHL to coach the Toronto Maple Leafs.
Maurice was only in Ontario’s capital for two seasons before he was dismissed. At that point, he returned to Carolina for four more seasons but was let go when he was unable to replicate the successes that he had attained in his first tenure. As a result, he was forced to take his talents overseas to the KHL. The bright spot during his second tenure in Carolina was undoubtedly when, at age 43, he earned the distinction of being the youngest in NHL history to coach 1,000 games. This is likely why Maurice never got comfortable in Russia… he always knew he’d be back in the NHL. So when the Jets fired Claude Noël midway through the 2013-14 season, Maurice’s phone rang and he was on the first flight to Winnipeg.
Since Maurice has been in charge, the Jets have made the playoffs four times in seven years, including a 2018 Conference Finals battle with the red-hot Las Vegas Knights. While they may have fallen short three years ago, the optimism for this year is through the roof. The Jets currently sit five points out of first with two games in hand. And, let’s be honest, the Maple Leafs have a history of choking so there is a damn good chance the Jets can secure the top spot in the North Division.
While fans will never understand the inner-workings of an NHL dressing room, by all accounts Maurice is blunt, honest, and fair. He was the first to admit that he handled the @Patrik Laine situation poorly by not putting him in the best environment to succeed and was also the first to rebuke criticism of his captain @Blake Wheeler. Maurice has proven time and time again that he will always support his players, no matter what. Maurice’s coaching style may not be everyone’s cup-of-tea and his line selections may be questioned, but with the Jets playing the way they are right now – who cares? The Jets are winning, and Maurice is doing everything he can to bring Winnipeg its first Stanley Cup. Personally, I have faith he can do it.
Twitter:@Jonesinthezone
IG:@Jonesinthezone
Uncategorized
Recent articles from Craig Jones