5 players the Winnipeg Jets could draft at 17th overall 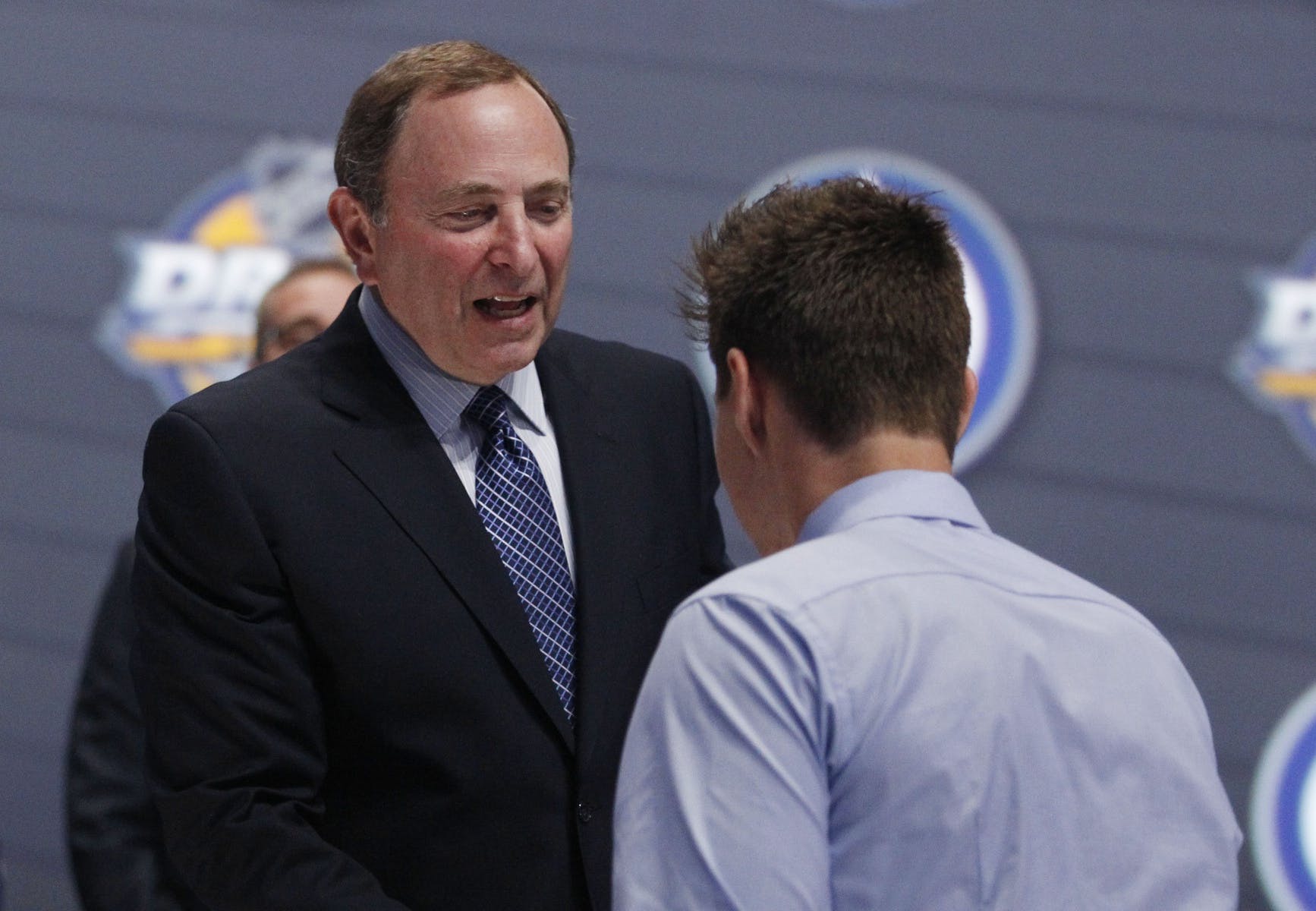 By David Quadrelli
1 year ago
It’s widely agreed upon that after the top ten picks, the level of talent in the 2021 NHL draft class takes a bit of a drop off in quality.
That being said, there are certainly going to be difference-makers available later in the first round, and the Winnipeg Jets are in a prime position to select one at 17th overall.
Here are eight players the Jets could draft in the first round of this year’s draft:

It may be wishful thinking to hope that Fabian Lysell will fall to the Jets at 17th overall, but there is a lot of uncertainty with this draft class.
Teams may be turned off by Lysell’s smaller stature and lack of production in a depth role over in Sweden, but really shouldn’t be. His speed, hands, and creativity make him an incredibly dynamic forward with high upside.
He’d be somewhat of a no brainer pick for the Jets at 17.

Finnish forward Aatu Raty is a strong two-way forward who has all the tools to be an effective player at the NHL level. Once considered a lock to go in the top ten, Raty’s draft stock has fallen throughout the season.
Austin Broad of FC Hockey had this to say about Raty:

In this game he was great at supporting his teammates and playing a well structured defensive game. Raty covered for his teammates when they jumped into the rush, he had great positioning in his defensive zone. On the offensive side Raty needs to become more confident when carrying the puck. he has the skill and processing ability to be an effective player in transition but seems to not trust himself at times. He looked to be at his best when operating out of the cycle and below the goal.

If Raty is available to the Jets at 17, he could be a solid draft choice for the club.

A pure scoring machine, Cole Sillinger tallied nine goals and six assists through nine games with the Sioux Falls Stampede of the USHL this season.
The main question mark surrounding Sillinger is his skating ability, but his deceptive release and overall shooting abilities are NHL calibre.
Sebastian Death of FC hockey writes:

“While Sillinger is not an overly fast skater, which may hinder his ability to excel at driving transition in the NHL, he is still very strong on his skates and possesses tremendous lower body strength and edges… Sillinger’s high hockey IQ is what ties all his offensive capabilities together. He plays well in-between checks and is hard to cover off the cycle.”

Skating can be improved, and if Sillinger can improve his skating, he has serious potential to be one of the most successful players of this entire draft class.

Corson Ceulemans’ greatest asset is his skating ability. He’s able to angle off opposing forwards thanks to his quick feet and is also able to move the puck up the ice quickly in transition.
He is an offensive defenceman whose biggest area for improvement is in his defensive awareness.
For the Jets, taking a chance on Cuelemans could pay dividends.

This is the player in this year’s draft who is one of the biggest wild cards in recent memories.
Some scouts and outlets have him ranked as low as 20th, while others have him ranked as high as second overall.
McTavish is good at finding space and has a lethal shot, and should be able to find scoring success at the NHL level as a result.
He spent the 2020-21 season in the Swiss League, where he potted nine goals while adding two assists through 13 games played.
At the U18’s however, McTavish shone bright, recording five goals and six assists through seven games.
Here’s what Dylan Galloway of FC Hockey had to say about McTavish’s performance at this year’s U18’s.

McTavish has been one of the standout players in this tournament, at times looking like a man amongst boys. Size and smarts were the key parts to McTavish’s impressive tournament. McTavish finds or creates space for himself all over the ice. He was able to move the puck from the perimeters of the ice with incredible puck protection and an innate ability to utilize his body positioning to keep attackers at bay while he skated the puck to higher danger areas of the offensive zone.
Throughout the DZ and transitioning through the NZ, if he didn’t have the puck, McTavish was finding open ice and presenting a clear stick in lanes for his teammates. It was this support of the puck carrier that really enabled McTavish to help quickly transit the puck from zone to zone. Stick positioning all over the ice was quite excellent from McTavish, closing lanes and opportunities in his DZ and pressuring his opponents while creating options for his teammates in the OZ. McTavish’s improvement on his skating from last season is also impressive. His pace has improved remarkably through open ice, and his powerful strides help him move through the zones efficiently.

His draft stock greatly rose after that tournament so it’s a bit of a longshot he’s available at 17th for the Jets to take, but anything can happen on draft day — and like we said — some outlets have him as low as 20th.
For more information on these prospects and much more, including full draft rankings, visit fchockey.com!
Uncategorized
Recent articles from David Quadrelli