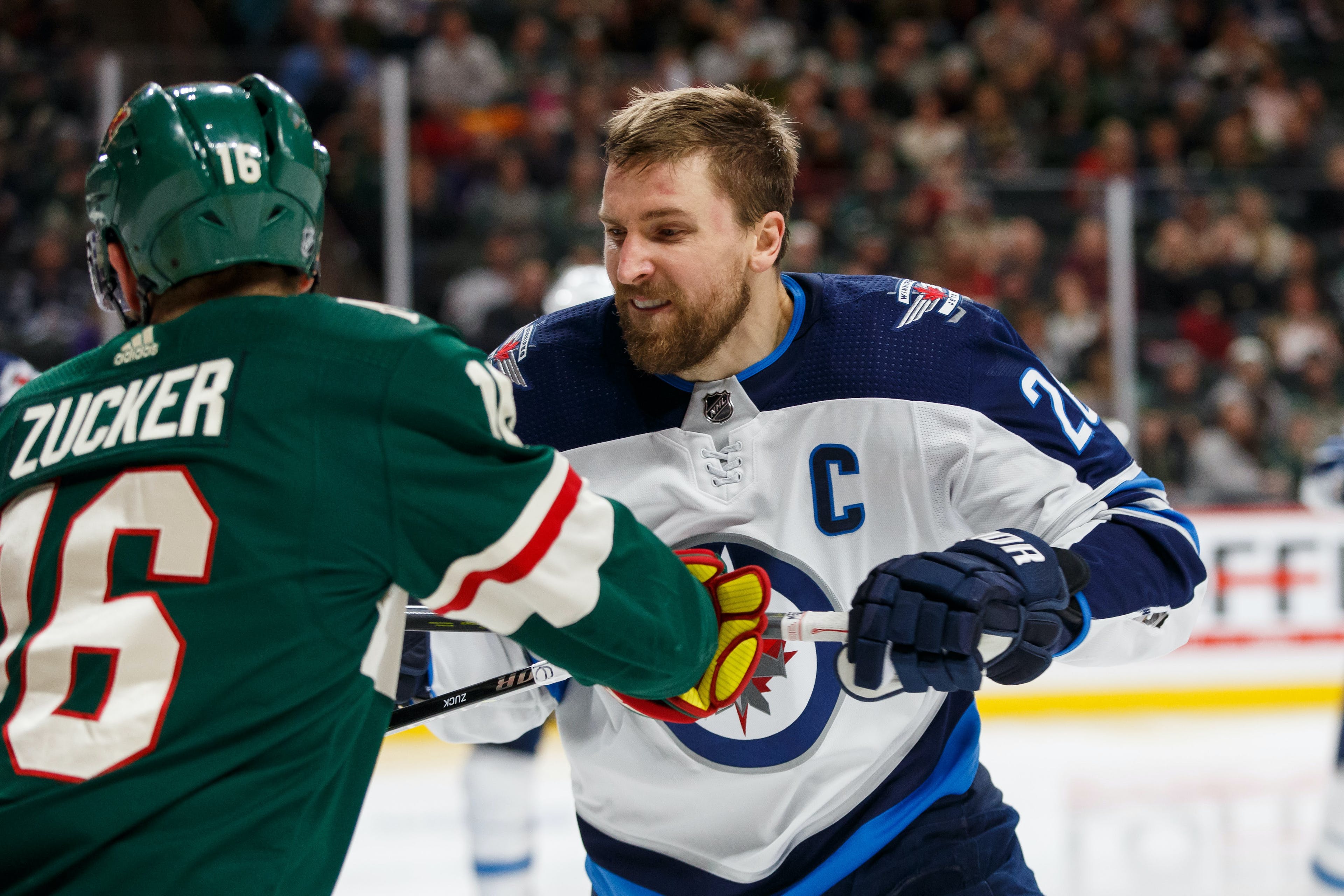 Photo credit: ©Brad Rempel-USA TODAY Sports
By Brian Finlayson
4 years ago
Comments
This was most certainly not the best game for the Jets. For the majority of the game, the Wild held the momentum, out chanced, and outplayed the Jets. While it looked as if the Jets could muster up some offense in the 3rd, it wasn’t enough as the Wild continued to push, and stretched their lead to the eventual final score of 4-1.

Wild lead off the scoring with a Suter snap shot that was tipped in front. 1-0 MIN. pic.twitter.com/WuvDyRGVMS

#NHLJets get within one with this power play goal from Mathieu Perreault! 2-1 game.#BelieveInTheJets pic.twitter.com/PeYJYe0w6G

Wild score to extend their lead to 3-1 thanks to a great shot from Dumba. pic.twitter.com/TXoZJgFSZC

HOW DID THEY CORSI?

PLAYERS OF THE GAME

For Winnipeg: Mathieu Perreault or Connor Hellebuyck – Mathieu Perreault was one of the players who stuck out to me while watching, and he scored the Jets lone goal. Hellebuyck may have let in 4 goals, however he was facing an onslaught from the start. The Wild out chanced the Jets in High Danger Scoring Chances 17-4 throughout the game. The Jets allowed way too many shots from high danger areas, and Hellebuyck held up for the most part.
For Minnesota: Matt Dumba – Dumba had 2 goals in tonights Wild victory, both of which came in the 3rd period. On top of his 2 goals, Dumba had just over 24 minutes of ice-time, and 6 shots on goal.
Advertisement
Ad
Advertisement
Ad

The Jets are off for a week, but return next Saturday, January 20th, as they visit the Calgary Flames for a 2:00 PM CST puck drop.