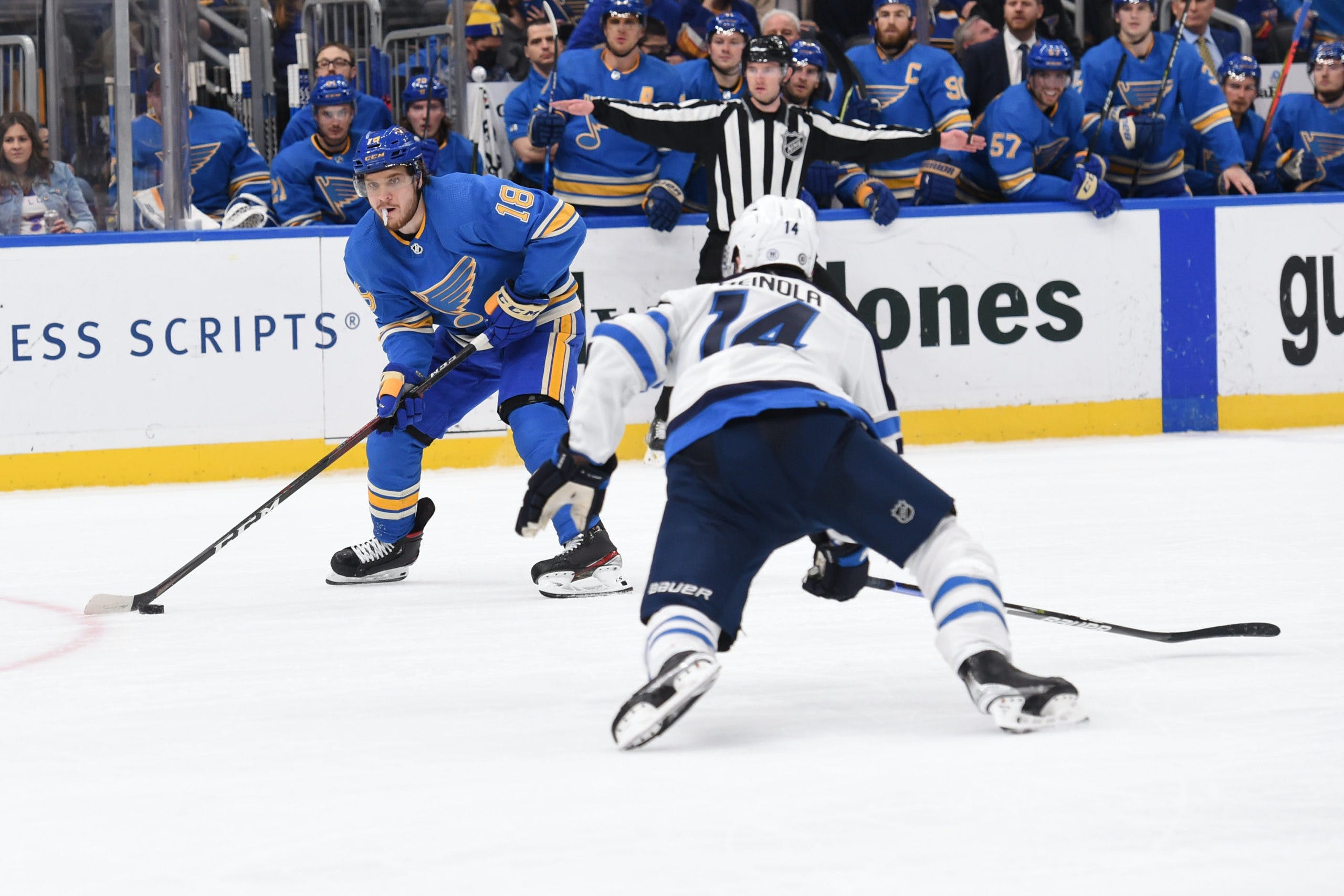 By Thomas Hall
9 months ago
Prior to their afternoon matchup against the Calgary Flames on Monday, the Winnipeg Jets have optioned defenceman @Ville Heinola to the Manitoba Moose of the American Hockey League, the club announced Sunday.
Heinola, 20, had served as a healthy scratch in each of the previous three games, with his last contest coming on Feb. 14 against the Chicago Blackhawks.
Now, the left-hander blueliner will return to his starting role with the Moose, who’re scheduled to host the Milwaukee Admirals on Sunday.
Through 21 career NHL games, Heinola has logged 15:41 minutes of ice-time per night, posting one goal and seven points. In addition, the former first-round selection has also registered 38 shots on goal, 18 blocks, 10 hits and six takeaways.
Winnipeg is slated to begin a four-game road trip Monday, beginning with a showdown in Calgary at 3:00 pm CT.
More from Jets Nation:
Jets News
Recent articles from Thomas Hall