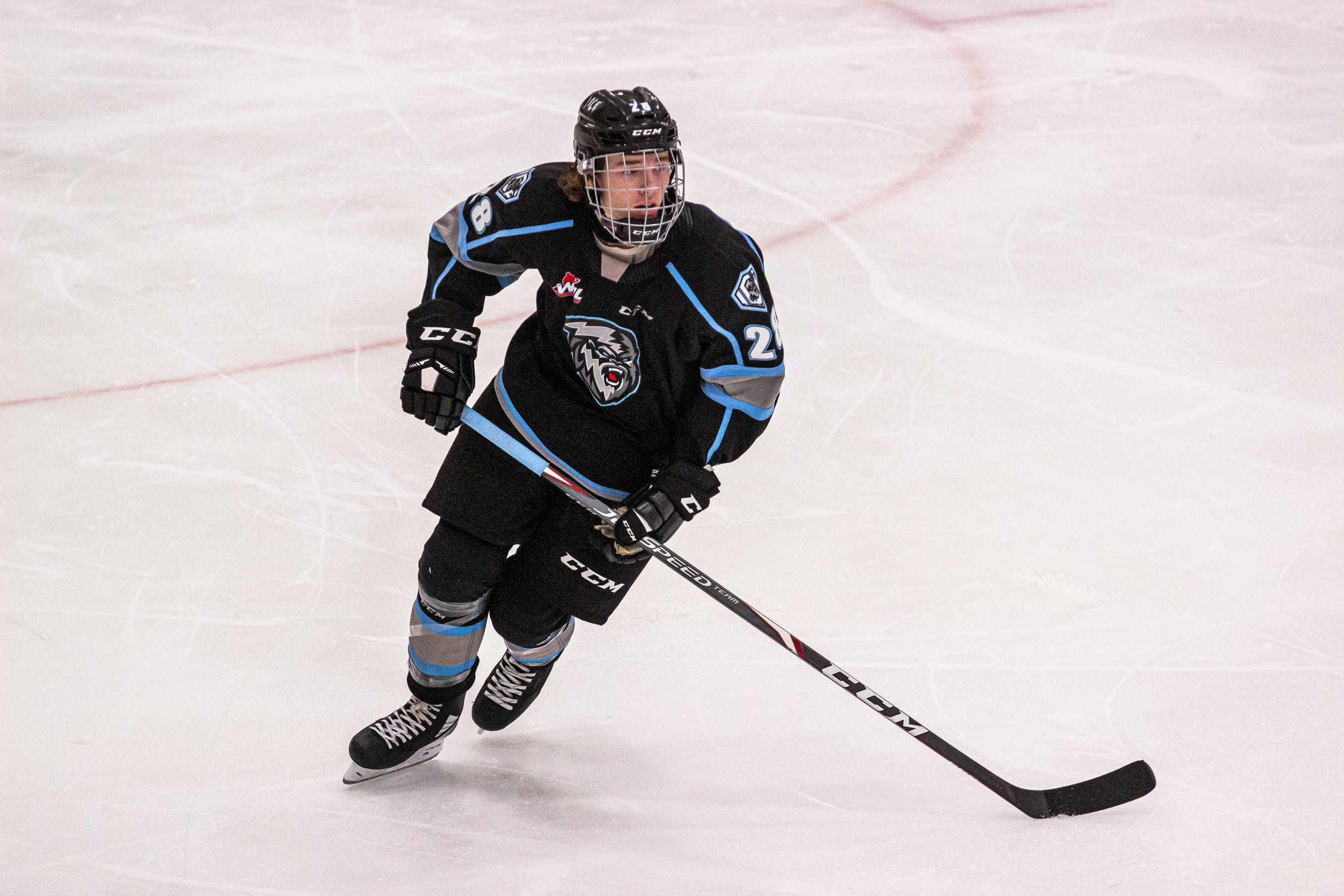 By Thomas Hall
6 months ago
We’re still months away from the 2022 NHL Draft, however, it’s never too early to start scouting the upcoming class and predict which player might be selected by the Winnipeg Jets in the opening round.
Following Tuesday night’s draft lottery, the results determined that the Jets will be picking 14th overall this year, four spots ahead of where they placed in last year’s draft. With that 18th overall selection, the front office selected forward @Chaz Lucius, who’s since signed a three-year, entry-level contract.
Unfortunately, this franchise likely won’t have the opportunity to select either Logan Cooley or Shane Wright as both skaters are projected as the top two players in the draft. In saying that, there should still be a handful of intriguing options available midway through the first round.
With that in mind, let’s explore three potential skaters Winnipeg could call upon at 14th overall in July.

Starting with a very familiar name in the Winnipeg community, forward Conor Geekie, who’s the younger brother of Seattle’s @Morgan Geekie, would draw plenty of attention if chosen by Winnipeg at No. 14.
The 18-year-old spent the 2021-22 season with the Winnipeg Ice of the Western Hockey League, appearing in a career-high 63 games. Despite battling through an injury earlier in the season, the left-handed centre still made a sizeable offensive impact, scoring 24 goals and 70 points.
Geekie, who was ranked at No. 11 on Daily Faceoff’s Chris Peters’ mid-season draft rankings, features “exceptional vision” and is viewed as a quality playmaker, too. As Peters notes, his 6-foot-4, 205-pound frame makes him “sturdy” and someone who can provide a physical presence down the middle.
One of the only concerns about Geekie is his skating ability. At the moment, he’s currently viewed as a “below-average” skater. Nonetheless, he remains a potential target at 14th overall.

Shifting to another physical forward, Jimmy Snuggerud – a future University of Minnesota product – could make for a solid addition to the Jets’ prospect system. At 6-foot-2, 185-pounds, he utilizes every bit of his frame to win battles along the boards while also proving difficult to knock off possession.
The 17-year-old, who was ranked at No. 20 on Peters’ draft board, leaned on his impressive release and shooting ability to serve as a reliable scoring threat on Team USA’s under-18 program. In 59 games, he posted 24 goals and 63 points, finishing sixth on the team in both regards, respectively.
Participating in the 2022 IIHF U18 World Championship, Snuggerud played a crucial role in helping the Americans advance to the Gold Medal game. Despite coming up short against Sweden, he remained effective, recording three goals and seven points across six contests.
Similar to Geekie, Peters believes Snuggerud’s greatest weakness is his skating. But thanks to his plus-offensive awareness, strength and competitiveness, he could develop into a “high-end producer.”
That’d certainly bode well for Winnipeg, of course, if he’s chosen when their ticket is called.

While the Jets are loaded with top young defencemen, it could be difficult to pass up the chance to draft Denton Mateychuk if he’s still available at 14th overall.
A native of Winnipeg, Mateychuk finished fifth in scoring among all WHL blueliners, with 64 points. The 17-year-old – who came in at No. 19 on Peters’ draft rankings – also added 13 goals through 65 games with the Moose Jaw Warriors. In the post-season, he produced one goal and eight points in eight contests.
Enjoying his first full WHL season, the left-handed defenceman showcased his ability to push the flow up the ice and didn’t shy away from joining the rush. As a result, he made a strong impact in transition and rarely made poor decisions with the puck.
On defence, however, he likely won’t dominate any opposing skaters, although you won’t see him pushed around, either. Because of that assertion, he’s considered “adequate” defensively.